Hello. I am Mametako who the front desk staff at the hotel in Kyoto.

I will talk about Kyoto’s main street “Hanami-Koji Dori(花見小路通り)” in Gion in this article.

Located in the center of Gion, Hanami-Okichi Dori is a street where you can feel the Kyoto atmosphere with a restaurant and a teahouse.

Even if you don’t enter the shop, you can enjoy the walk just by looking at “Hanami-Koji Dori(花見小路通り)”.

There are a lot of people taking photos.

My recommendation! “The signs of Hanami Kodo-dori is not at a telephone pole but at ○○”

Electrical cables underground and maintenance of cobblestones were completed in 2001, and it was transformed into an emotional cityscape. Wikipedia-Hanami Koji Dori Quote

This is what makes the city really nice.

but I have never seen anyone taking photos of my recommendation.

I have been working in a lodging facility in Gion for about 2 years, and I often had the opportunity to walk on “Hanami-Koji Dori(花見小路通り)”, but no one found my recommendation.

I would like to introduce my recommendation of the wonderful “Hanami-Koji Dori(花見小路通り)”, which was created with the device to create a beautiful town.

However, it is different from an ordinary road sign.

The road sign for “Hanami-Koji Dori(花見小路通り)” is on the ground.

There are many people who take pictures of beautiful scenery and buildings like Kyoto, but if you pay attention to the ground,

Here. Is this not cute?

Surely this is all that everyone just doesn’t notice, and if they notice they will take a photo.

This is my recommendation.

If you look at the map, “Hanami-Koji Dori(花見小路通り)” is really in the middle of Gion.

At the end of this article

What did you think? My Favorites.

There are a lot of nice things in Kyoto that we don’t usually notice.

We may find new discoveries if we walk while paying attention to details and things that we usually do not mind.

It would be nice if you read my blog and get to know the fun of Kyoto.

Until the end Thank you for reading.

The flower lighting road began in Arashiyama from 8th December. The light is lit from Hankyu Arashiyama to Ninomiya. ...
2019.01.12

Maple of Kyoto,Light up of Kiyomizu Temple 2018

Light up was held at Kiyomizudera in Higashiyama Kyoto until December 2. Since Kodaiji and Enshukuin were also lighte...
2019.01.11

"I want to see Maiko(Geisha) in Kyoto" Have you ever thought about this when thinking about traveling to Kyoto? My...
2019.10.25

"shops or restaurants recommended by people born and raised in Gion" Do you want to go to that places? I am Mameta...
2019.10.25
What does “Small torii hanging on the wall” on the street mean?
“Gion, Kyoto Boloniya” The legendary Danish bread shop in Gion 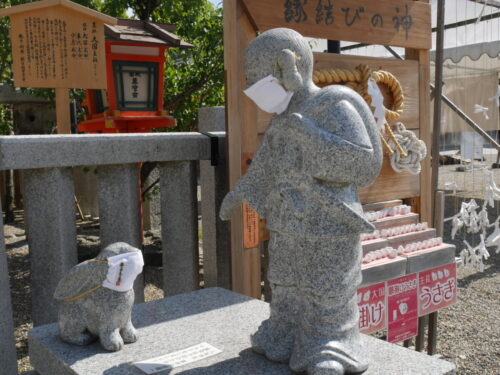